BEETLES ROCK AND THEY ROLL 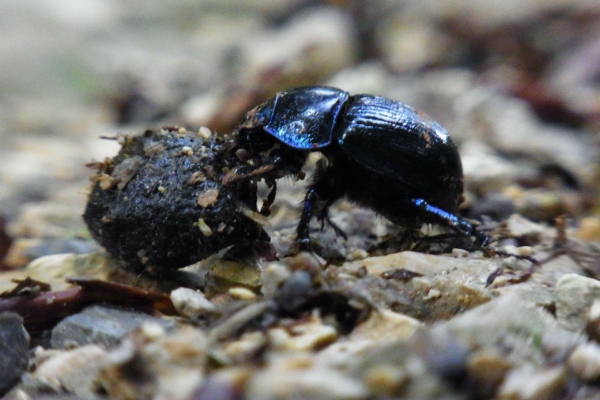 BEETLES ROCK AND THEY ROLL

Many years ago, when I was a kid in South Georgia, I and many other kids would catch a certain kind of beetle known as the Dung Beetle and make very entertaining toys out of them; we didn’t brood over the fact that these beetles had to roll dung for a living, we had plenty of troubles of our own.

The Dung Beetles, who live and do their thing pretty much worldwide have fascinated humans for thousands of years; especially the Egyptians who believed they were sacred, yes the lowly Dung Beetle was held in the highest esteem by the amazing Egyptians. So, of course, it’s easy to see how giving a kid a Dung Beetle and a piece of string could entertain him for a good while.

I wonder if the Dung Beetle inspired the myth of Sisyphus…….. Ah, that’s interesting and very possible. I guess us kids tying a string to the beetle’s leg and letting him fly around and around our heads trying to escape like an airplane weren’t the only humans inspired by this amazing creature.

So, after some thoughtful consideration of the Dung Beetle’s case, I’ve decided that when I receive the keys, the crown, and the wand to my own kingdom, somewhere way out there in eternity, I’m going to grace this beetle’s life in my world with a great improvement. I’m going to ordain that three horns, properly placed, be added on the top of the Dung Beetle’s head and his front legs be lengthened enough that he can grab the dung ball and place it on top of his head, cradled in the three horns where he can carry all his vital shit around like his brother, the human.