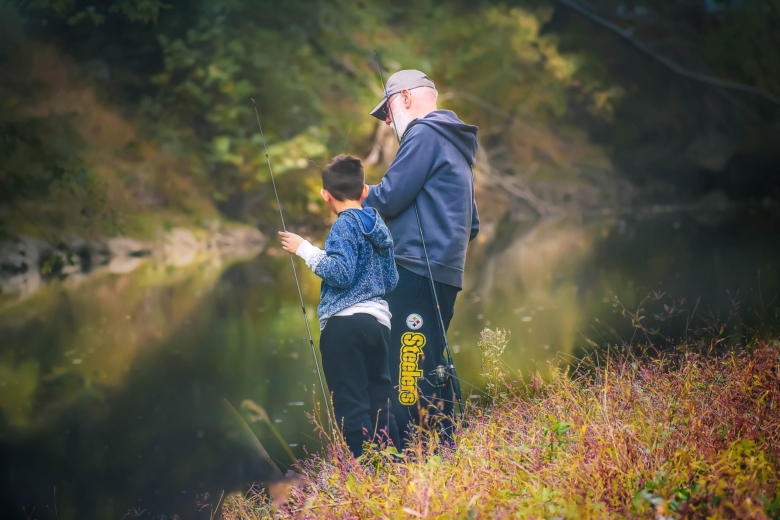 There once was an eminent, aging shipbuilder who had been sitting in his office depressed for weeks; his work and great reputation seemed to mean nothing to him anymore. Finally, he decided it must be time for me to retire, I’m too old, washed up, finished he groaned; everything that had to do with the sea or ships only spawned images of barren land or drab rocky sea cliffs for him, he had no enthusiasm for anything anymore.

Suddenly, in his mind’s eye he saw two words: go fishing. It slightly startled him, and he felt a twinge of enthusiasm in his chest as the image of an old fishing hole where his grandfather used to take him fishing when he was a child came vividly to his mind.

With hope and purpose, he went home, packed a bag, and told his wife he had an important appointment in his old hometown down in Florida. When he got to his old fishing hole with his cane pole there was a young boy sitting there with the butt of his fishing pole wedged in the bank and his line in the water.

The two smiled at each other and the man asked, “the fish biting?”

The boy looked at his line in the water and then down at the amazingly detailed wood boat he had been busily whittling on and said, “Oh, I forgot about the fish.”

The man’s mind lit up as he stood there grinning at the boy and said, “Me too, I forgot about the fish.”

The two became hard and fast friends over boats and fish and the man retired to fish and be a grandfather to the grandson he had almost forgotten.