INDIANS ON THE WARPATH 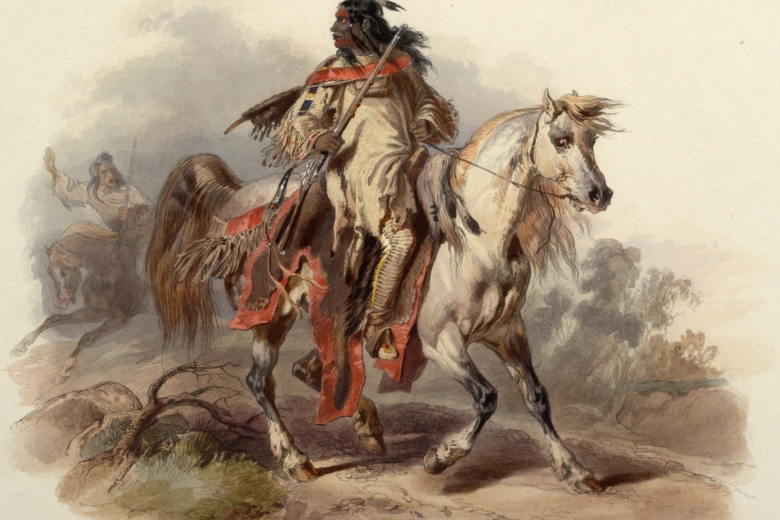 INDIANS ON THE WARPATH

When I woke up under the tarp the morning after the sand storm there was something heavy sitting on the tarp pressing down on the right side of my head. As consciousness rose in me and the knowledge of what my situation was, I began to move under the tarp. It felt like a very heavy bean bag was lying on my head—— as I moved it moved. Carefully, I started pushing back the tarp and realized that the weight I felt was sand.

I carefully pushed the tarp off of me, keeping the sand contained in the tarp. I heard John chuckle as I looked up and grinned at him just standing there a few feet from the truck in the fresh, fine layers of sand on the ground, “Did you sleep well?” His chuckle broke into a big smile and an ironic, slightly teasing laugh.

After breakfast in Beatty, NV John put the nose of the truck in the wind and we didn’t let up ’til we reached an antique dealer friend of his right outside of Carson City. The woman had a gorgeous home and property and even though she was probably John’s age she was an obvious, perennial beauty. Her place made me feel like I was standing in a lavish movie set. Her demeanor and disposition reminded me of John; she was so kind and authentic. After buying half of John’s load she began insisting that we come inside and have lunch with her and her husband, even though it was near mid afternoon. I got the feeling that she would just like to spend as much time with John as she could. John sincerely thanked her but quickly laid out all the places we had to go and things we had to do before the day was done. Her countenance fell slightly, but she was still beautiful even in her obvious disappointment.

John was right, by the time we found our way to another antique dealer in Reno and then worked up through Sparks to Highway 395 which took us up through part of northern California to southern Oregon and a little town named Lakeview where we stopped to visit John’s sister, the day was long gone. The town was a pretty good way from Goose Lake but there wasn’t another town anywhere around to compete for the name, so Lakeview, I guess, still remains Lakeview.

It was clear that John loved his sister and his in-laws but the family joy didn’t last long as the hot reverberating news around these parts took over the conversation not more than ten minutes after we got in the door. The brother-in-law, the niece, nephews and the kids all had stories about the Klamath Indians having an uprising, they are on the warpath John’s sister blurted out and then looked at John like he might be able to do something about it. Since we were late comers we had to hear all the stories about the people the Indians had stopped, pulled out of their cars, and beat and robbed. It had been going on since late the day before and there were rumors of calling in the National Guard.

The sister put her hands up finally and announced that that would be enough of that talk till after we had the chicken dinner she’d fixed for us. I was a little disappointed to end the conversation but hungry. So, I was glad everyone honored her request till after supper.

After supper, his sister put in on John to spend the night with them and he heard her out like he’d listened to all the stories, but then said he’d seen it all before and wasn’t scared. He looked at me and said unless I was afraid to go on he’d rather keep driving.

I re-ran some of the wild pictures they’d put in my head of Indians dragging people out of their cars and beating them but I could see that John had swallowed a large grain of salt with the stories he’d heard from the family and I respected his calmness, age and opinion plus I couldn’t let a man more than twice my age be braver than me, so I said, “whatever you think John”. But, I was thinking, John, I hope you’re right. I’d never even seen an Indian much less one on the warpath. I was an old Seminole and a Redskin myself, but this was no game.