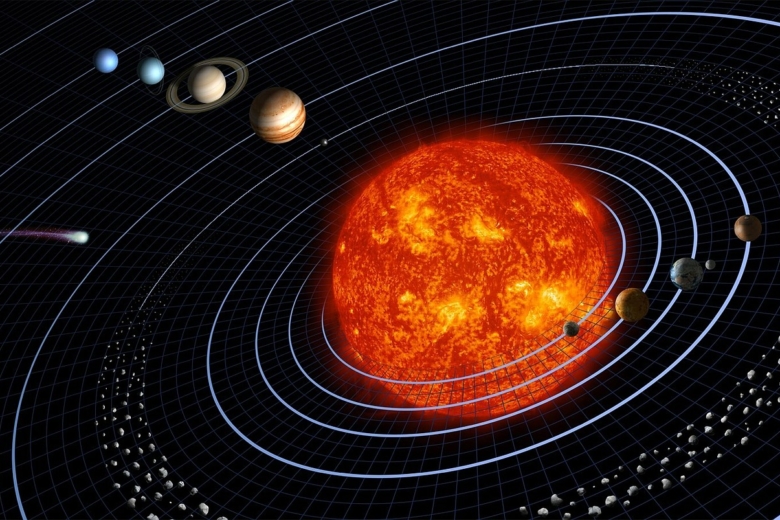 A Short, Inner Planetary Play —- Act one, Scene one

Mars: Hey, Jupiter, she’s started again. (Mars is much redder than usual)
Jupiter: Who? (Jupiter was lost in a beautiful philosophical thought)
Mars: Earth! That female just can’t mind her own business, she gets so neurotic. She’s just got to reach out and mess with us; sending probes up here, taking pictures of me, and looking for a place to land and start growing all that damnable green stuff that’s everywhere down there.
Jupiter: Oh, calm down Mars. You get so angry over everything.
Mars: Well, look at her. She wants to control everything. She lets that green stuff grow all over herself and then gets so excited she starts shooting these darts and probes at us. Hell, it’s easy to see she wants to get up here, take over and run the whole solar system. She’s gonna get the sun upset and we’ll all be in for it. Jupiter, why can’t she be like us and mind her own damn business down there? I know you and I may poke and punch at old sad sack Saturn or that grumpy old Uranus, but for billions of years we’ve just been minding our business and enjoying our wonderful home here, but not her. Remember, about sixty million years ago I had to throw a rock at her to calm her down, slow down all that green mess that she keeps breaks out in. She just gets so neurotic and obsessed.
Jupiter: Slow down Mars, You’re gonna wake up old Neptune and you know that wack job will really cause havoc. Just be still and let earth ware herself down. Everything will subside like it did before, and we’ll have peace again if we’re lucky and haven’t disturbed old Neptune or Pluto. You know if Neptune gets some of that crazy concoction going in her caldron and sprays that drug-laced juice of her’s everywhere we’ll all be running around backward barking at Sirius.
Mars: Alright, but If Earth doesn’t back off soon, I’m going to hurl another big rock, that she likes to call an asteroid, at her. When she sees it coming she will be hoping my aim isn’t as good as it was last time.
Jupiter: OK, Mars, it’ll be alright, just watch the stars for a while and think of what a great place we have here in the universe.