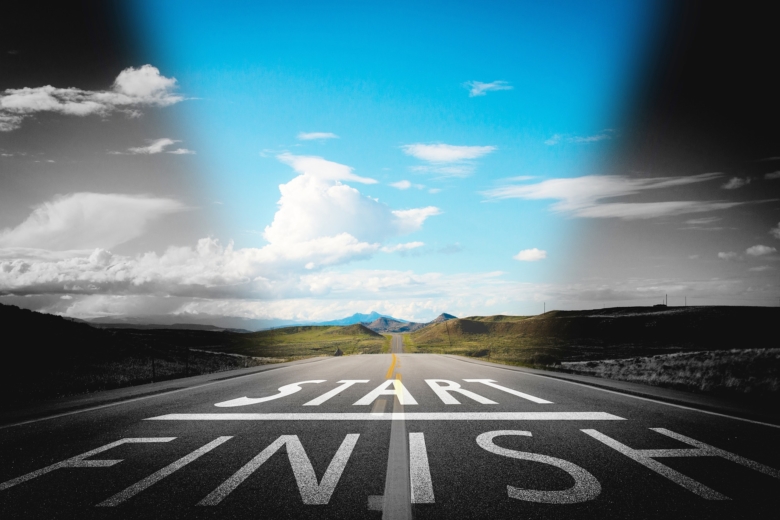 Cheap is a flowery word for the hotel I woke up in that Sunday morning somewhere in downtown Atlanta, Georgia and my head was a very painful place to try to organize my thoughts in for the last leg of my trip back to Tallahassee. I slowly dragged my body from the stained, tattered bed I had been so thankful for, picked up my dingy white laundry bag and went in search of the bathroom that was promised in the four dollar, overnight package I purchased.

Before I hit the front door of the hotel and the quiet, deserted streets beyond I downed my green head band, my counter-culture badge, and trudged off toward Interstate 75. I felt a small lift in my step as I saw that there were plenty of cars, plenty of potential rides headed south. I felt so bad; I just wanted to be back in Tallahassee.

By noon I had caught a couple of rides that got me to Tifton where I had to get off 75 and take 319 straight down through Moultrie and Thomasville and into Tallahassee. The sun was hot, I was weak as water and I felt like I’d walked at least half way there by the time I reached Thomasville.
I sat down on a bus stop bench in the shade of a big old tree and exhaled to the bone, thirty more miles to go and it felt further than the three thousand miles I’d just traveled from Oregon. I thought how odd it seemed that I’d left Tallahassee confident but shaky with trepidation and now I was coming back confident, seriously shaky but, thank God, with no trepidation. Yes, with no trepidation. I thought it was because of Connie and that was certainly a part of it, but the major part I Came to realize years later was that I had throw my life into the wind and God had taken care of me, lifted me to one joyful experience after another; letting me know that He is always with me no matter where I go or what I’m doing.
When I left Tallahassee I didn’t know what I was looking for only that I had to go; of course, the point was I had to go and have that faith established in my being to be able to handle the rest of this incredible trip I call my life.

I was tired of walking; I found a pay phone and called Connie to come get me. She was thirty miles away and she was there in thirty minutes.