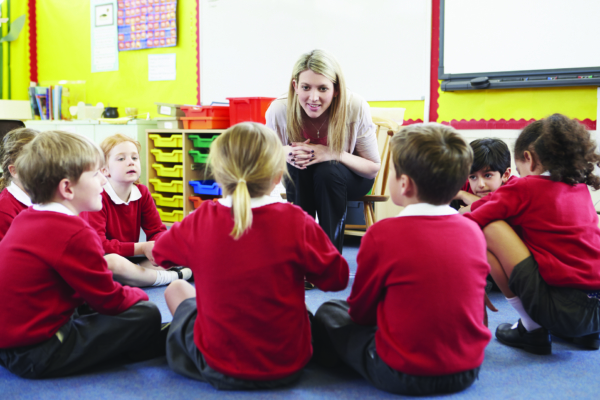 The disturbing battle I’ve been watching between the teachers and parents and the anger expressed by the public has brought to light the greatest tragedy of our time for our nation and every individual American. And, in my opinion, that is the result of most Americans giving up on being “We” people and becoming “I” people — “We”, can do anything but “I”, as Jesus said, can of mine own self do nothing — “I”, has never done anything alone, the “We” have done everything.

To find the place or places where this shift from being “We” people to “I” people is difficult because it has happened across all levels of society and economics; so many changes initiated by the government in the name of improvement turned out to be poorly thought out and or got ruined by political expediency, ego, corruption, and greed. Trust and faith have been continually eroded by many divisive agents like unscrupulous people rewriting our history to undermine our educational institutions, unprincipled politicians, big business, dumb social movements, anti-democratic plots engineered by foreign governments to destroy our values and morals; even our technology may be a much bigger minus than a plus. All these threats combined to undermine people’s understanding of their responsibility to each other and their country……..If we can’t stop our slow descent into deeper and deeper self-involvement and living in the “I”, living in the brain, we can kiss America good by.

I worked for 19 years at the Tennessee School for the blind and we had a wide array of beautiful kids there. All the students had some degree of blindness, some were totally blind and others were just visually impaired and classified as legally blind. We also had students that in addition to being visually impairment were also profoundly, physically, and mentally impaired.

It took time and interacting with these kids in many different situations to truly learn to appreciate who they really were and gain some understanding of their contribution to this miraculous yet mysterious world we live in.

That school dramatically changed many people, both students, and staff. One of my favorite lessons I learned at the school was from the mentally impaired kids; they could tell a “We” person from an “I” person in just a couple of minutes. The “We” person cared and approached the child from their heart and the child felt it immediately and almost always responded to the love with cooperation but the “I” person who approached the kids by telling them what they wanted them to do to get the job, to get the lesson done to make it easier on themselves had a much more difficult time working with the child who could tell the person didn’t care about them, they could feel the lack of love.

So, in this world today if you don’t give a little love, a little kindness you’re probably not going to get any back and that’s as true for a teacher in the public school system as it is for people rushing through their day looking for quitting time. And, if you’ve let yourself become an “I” person you might do whatever you have to do to keep from having to go back to a school class room everyday and deal with a bunch of kids who might be hostel or cold.

This is a huge subject and I’m just touching on some of the high points but because it touches on the foundation of every American and therefore on the foundation of America itself, we need to be absolutely steadfast about what and how teachers teach our children and not allow them to use their position to pass on their twisted anti-American ideologies to our kids.

Ideally, these two precious aspects of human beings, especially those who know there is a God and want to move on into eternity will hold to the course, chosen by humans for thousands of years, of blending the heart and the brain together to form the divine key to the Kingdom of God. However, there are those who give up on God and decide they are, goanna get “IT” while they can. In America, this is every person’s choice but if they want to teach our children, they better stick to the curriculum approved by the school board and the people who pay their salaries, the parents, and the rest of the public.