WHEN YOU LOVE SOMEONE 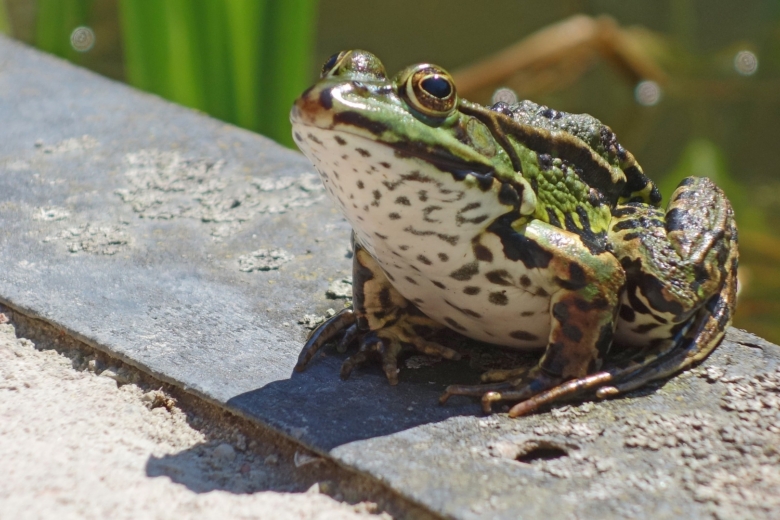 WHEN YOU LOVE SOMEONE

Once there was a young frog who lived in a pond across the road from the home of a young man named George. George loved Elvis Presley and late in the day, he loved to take his MP3 player down to the pound, listen to Elvis and watch whatever was happening there.
Late one afternoon as George reached the pond before he turned on his MP3, he heard Elvis singing his beautiful ballad, “falling in love with you”. Searching along the water’s edge, George was astonished to discover that the song was coming from a young frog that he had been seeing around the pound for the past several weeks. So, he just sat down in disbelief and listened to the frog belt out the song better than Elvis ever had. A beautiful friendship began.
From then on the frog and George were inseparable. There was deep friendship, love, and Elvis. George proved to be a great manager and publicist for the prodigious frog. George’s wife made wonderful replicas of Elvis’s costumes that, with excellent lighting and staging, revealed the frog to be extremely handsome and royal when he appeared in his shows. Frog became an international sensation. Then, to add even more glory to this pair, their relationship seemed to delight everyone almost as much as the incredible frog’s splendid show. With their story and interplay, the two brought everyone but the deeply jaded to tears of joy, amusement, and amazement.
However, as in so many wondrous stories, tragedy turns the hero’s rose colored life to a quiet, dark gray: George suffered a brain aneurysm and died suddenly. Much to everyone’s surprise, he left a will that provided that his wife and the frog would own jointly all that he and the frog had earned and would earn in the future. He also stated unequivocally that the doors to their home would always be open for the frog to come and go as he wished. The frog exercised his right and immediately went to the pond across the road to continue his life there.
George’s wife, who also loved the frog, went down to the pond every afternoon and took him his favorite sandwich: a fried peanut butter and banana sandwich. The frog would sing Elvis love songs until the light was fading, and then he would sing Elvis’s favorite gospel songs for as long as she wanted to stay.