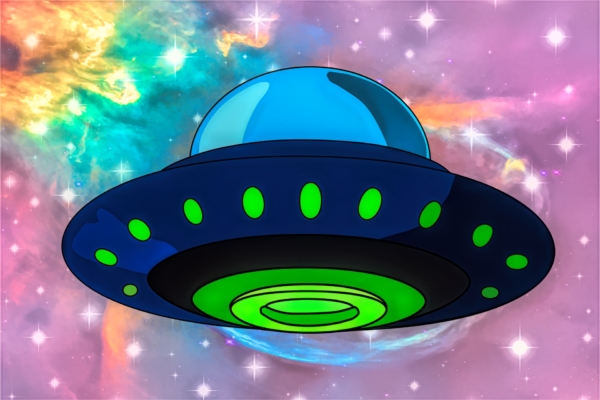 I was walking in the National Forest near my home the other day and just got caught up in the beauty and mystery of the deep, deep woods, and even though I’ve often visited these woods, I had never gone this deep into them before.

I was following an animal trail and being very cautious when I heard some high-pitched voices. I stopped dead in my tracks with surprise at what I was hearing. So, with much trepidation, I carefully made my way on down the path toward the voices but shortly again froze as I made eye contact with a full-sized animated figure, of what I was sure was the Big Bad-Wolf. He didn’t hesitate at all as he dashed off to his right toward a small cottage and began pounding on the door and calling out in a very strange tongue.

The door of the cottage flew open, and several animated figures came pouring out. I saw Snow White, there were the Seven Dwarves, there were Three Little Pigs, and Superman all turning to look at me before turning into some very large, frightening, lizard-looking creatures who quickly waddled off toward what looked like a green scaley spaceship. They all scrambled into the ship, which was already humming, snapped the door shut as it rose from the ground, and along with the cottage, vanished in the blink of an eye. I stood motionless in disbelief and thought to myself, is this some kind of out-of-this-world cultural appropriation or what?