GO TALK TO THE TREES 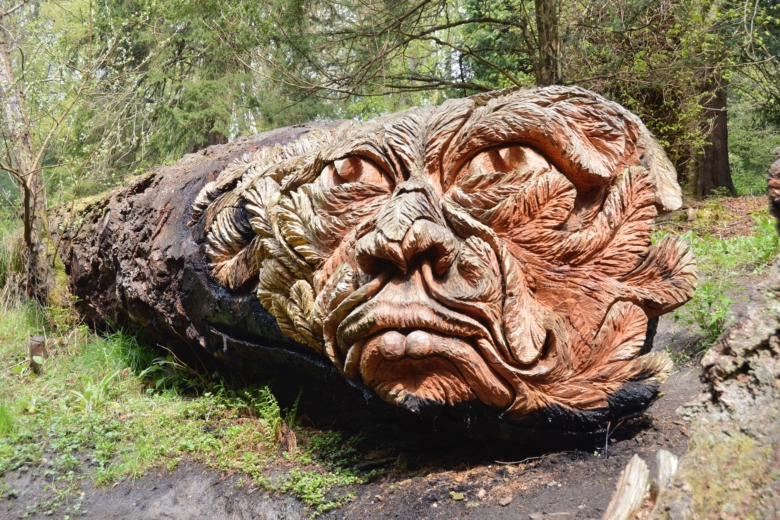 GO TALK TO THE TREES

I was counting the red flowers in my yard the other morning when I remembered a scientific article a friend of mine sent me about how all the trees, somehow through their roots may be, talk to each other throughout the forests and I suppose anywhere there are trees, maybe to all plants, anybody with roots, maybe even a down to earth scientist. So, standing there looking at all my trees, flowers and shrubs, I had a great idea.

I decided to get out my old camping gear and go out into the woods to look at and listen to the trees like I did when my cousin and I use to roam all the woods around where we lived in South Georgia. My favorite memories were when my family, just my mom, dad and me, would go visit my uncle Oscar who had seven kids and a big farm with hundreds of acres of woods all around it, I loved all my cousins but my favorite was Wayne who was the closest to my age, he felt more like a brother than a cousin to me.

Back then nobody knew what a tree hugger was and if you’d been one, nobody would have teased you about it. Wayne and I were just young boys but we loved those woods and if we’d known anything about trees having something to say we would have gladly hugged them and tried to pick up on the conversation because being in those woods kept our imaginations wide open and everything was fun.

Remembering all that, and having spent the last thirty years working hard to clean out my brain and soul of a world of garbage I’d let collect inside me, I figured a trip out in the woods to eavesdrop on some trees was in order,

When I got deep into the woods I just acted like any typical camper; stumbled around, ogled the trees and bushes, examined a bunch of stuff lying all out in the trees, splashed around in the creek, and just looked inept and totally out of place ……….I caught those trees completely off guard; I had my five senses and a couple of new ones I’ve developed finely tuned to every tree and bush near me.

Sure enough, I was getting the message. I mean the place was buzzing, all of it about humans; probably my presents had taken their attention off the local gossip. They were full of angst and disgust about the future of the planet; why had God let these humans get so out of hand, they grumbled, there’s over seven billion of them and they’ve caused a huge amount of problems; even the ones saying they want to save the planet are way out on a rotten limb; turning most of the other humans off with their poor arguments and presentations, now the world has a real Frankenstein they moaned.

The mood got darker and darker, they are so afraid there’s no hope and they were, “horriblelizing” that unlike the disappearance of the dinosaurs, all living things including plants are going to disappear from the planet; all because the most amazing creature God has ever created has abandoned his own creator for promises made by an unstable, renegade computer between their ears………. God, You made ’em, fix ’em they muttered then chuckled a little, making the ground shudder very softly, then there was just sweet silence. I waited and waited and waited, still silence………. Wow, I thought to myself, am I here eavesdropping on them or was I brought here to receive a message?