LIFE AND DEATH AT THE SLAUGHTERHOUSE 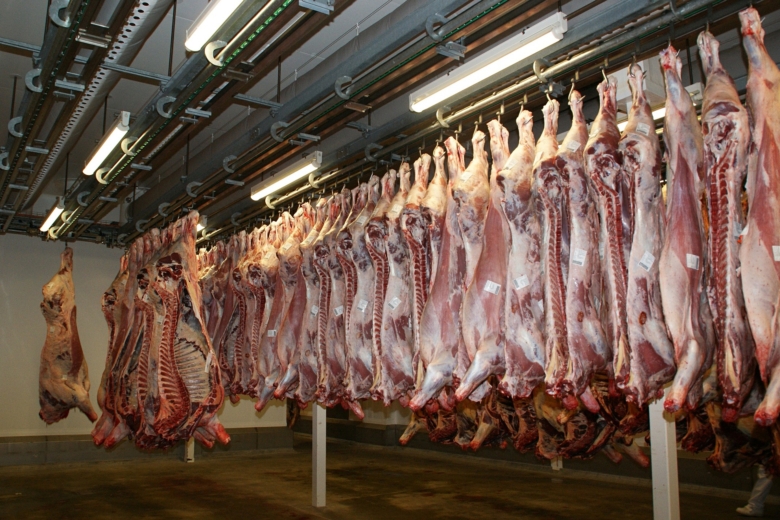 LIFE AND DEATH AT THE SLAUGHTERHOUSE

Sorry friends for how graphic the following piece is, but this is what I had to deal with at this point in my life.

I had watched the truck loaded with cattle roll in behind the plant and unload hundreds of cows into the waiting pens. I had seen the cows going up the ramp from the pens to a door in the side of the building, but I hadn’t seen what awaited them on the other side of that door until that day.

My knees buckled and horror blanched my consciousness as the scene pierced deep into my being. ‘My God, it really is a killing floor’. Time slowed down as I watched the cows that had just entered the side door of the building from the outside pens move up toward the very tight box at the top of the ramp. The gate closed behind the animal and a man leaned in and pressed a compressed air gun to the temple of the cow whose eyes were bulging with fear. He pulled the trigger and gave the cow a jarring concussion. On the right side of the box, another gate sprung open and the convulsing cow plunged to a concrete floor where a man quickly wrapped a chain around its hind leg. The mechanized, overhead conveyor system steadily lifted the cow up by the chain until its head cleared the floor as another man plunged a knife into the animal’s throat to begin emptying the body of blood with the aid of the heart that was still beating because the animal only had a concussion and was not dead.

There was a trough to catch the streaming blood from the cow’s throat and on either side of the trough, there were ten or fifteen people immediately skinning the dying animal as it was moved slowly along by the conveyor system. After the hide was completely removed the cow was beheaded, gutted and sawed in half. The head was hung on the wall with no hide on its face and bulging eyes, staring straight at me. The cows were steadily coming off the conveyor system one after the other, maybe than five minutes apart. The halves of the, approximately, one hundred or so cows killed that day were moved into the chill box where it was freezing cold and the next morning we received them in the beef box where I worked cutting the halves into smaller parts to fill orders for grocery stores in a large part of the Tampa Bay area. I made it back to the beef box after satisfying my curiosity about the killing floor, but I felt half gutted myself.

In the week I’d been at the slaughterhouse working twelve hours a day in the thirty-three degrees beef box I had hardly slept at night and could eat very little. I had seen some stark, gruesome, gritty things when I was a kid on the farm and I’ve worked some very hard, dirty jobs in my life, but nothing ever came close to the slaughterhouse. I was in shock, but I knew I had to hang on to that job.