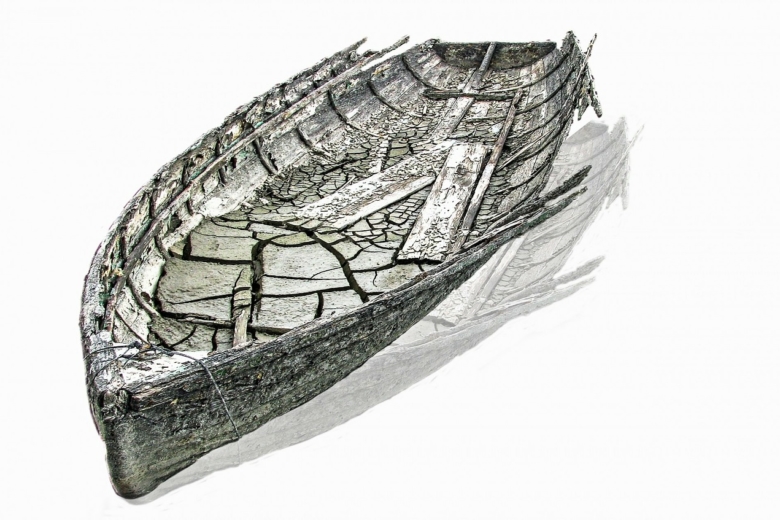 It was over a hundred and ten degrees and Pete lay face down in the hot desert sand, eyes closed, mouth agape with sand crusted on his lips and tongue; clutched in one hand was a canteen and in the other, an open umbrella his mother had handed him when he left her at the car.

Pete’s mind was fading in and out now whereas earlier his thoughts were filled with determination, his teeth set hard against fear. Suddenly, his hand grabbed the umbrella handle very tightly and his mind began to contract and focus on the umbrella and the messages printed on it that he’d been seeing since he was a child, at least fifty years. On one side of the umbrella was the Lord’s Prayer and on the other side was the 23rd Psalm​. His mother always had an umbrella with these passages on it. Sometimes she might give away her umbrella to someone who needed it but she would immediately order herself another one.

Pete’s mouth began to form the words of the 23rd Psalm: The Lord is my shepherd; I shall not want. He maketh me to lie down in green pastures; He leadeth me beside the still waters. He restoreth my soul. He leadeth me in the paths of righteousness for His name’s sake. Yea, though I walk through the valley of the shadow of death, I will fear no evil, for thou art with me…………..Pete and his mother had recited this Psalm together many, many times over the years but now it was like fresh water flowing into his mouth.

Pete struggled to raise his hand to his mouth and began spitting sand or mud. He forced his eyes open and wiped his lips and drank the water and sand down in gulps. Oh, my God, he muttered with delight as water ran down into his shirt and pants, soaking him. He struggled to get his hands under himself; strained everything in him to lift his head and eyes to see what was happening. He coughed, tried to laugh, and continued muttering the lines of the Psalm as he buried his face in the growing stream of water.

Finally, getting himself sitting upright, Pete noticed he was in the shade and he looked up into some thick clouds that weren’t very high and about a hundred feet wide; they stretched as far as he could see behind him and in front of him in the direction of the river. In that direction, toward the river, there was another thick, low band of clouds crossing the first band, forming a very obvious cross. Pete, squinting and rubbing at his blurry eyes could see that the stream of water was directly under and following the shade of the clouds, that formed that cross, and he could also see that the land was slopping down and away from him; the water was flowing uphill, toward him, the wrong way. He just sat in awe, dipping up water to drink with his hands, moaning through stifled giggles.

Feeling some strength returning to his limbs, Pete clutched the umbrella and struggled to his feet patting the canteen, now full of water. He laboriously turned and began trudging up the continuously widening stream but after only a few steps he stopped, bent over and put his hands on his knees for support, his body was a painful picture of exhaustion. His voice was barely audible as he kept muttering something about why am I going this way, my mother is the other way. Apparently, his stone hard intent to reach the river was, clearly, stuck in his brain. As he turned, his legs gave way and he fell having used up the strength he’d recovered by way of the water and shade. He just sat shaking his head, waiting, fighting down the frustration and sorrow that was welling up through his chest, trying to escape by exploding from his drooping head.

Pete didn’t move, he just sat there with his head bowed looking into the mystical, magical water that had lost its power to move him. He didn’t see how he was going to get back to the car and his mother before the blazing sun took her life. He was defeated……………Suddenly, from the corner of his eye, he saw an object bouncing and bobbing toward him. “Oh, my God,” he choked out a muffled shout. There was an old, small, dilapidated boat coming toward him. He began scrambling in vain to get to his feet, so he just waited for the little boat to reach him. He clutched the umbrella and the canteen, getting ready to intercept his incredible gift. Great God of mercy he mumbled as he fell and scrambled into the boat.

For almost two hours, the little boat bobbed and drug bottom right to where the car sat baking in the sun; close behind it was Pete’s mother sitting by and bathing her feet in a small but growing pond of water that was being fed by the stream. She looked up at Pete as he dragged himself from the boat, still holding the umbrella and the canteen. With no alarm in her voice at all she said, “Is this a flash flood that’s brought you back or did you divert that river you were talking about and how did you get that old rotten boat to float? Isn’t that the same old boat we passed a few miles back up the road there? Peter, where did you get that boat? Peter, I can see you’re exhausted but will you please say something.” Pete looked behind him and saw the stream had stopped running, the clouds were thinning out, and the old boat, that never leaked a drop, sat peeling, fading, and gray on the sand, like a portrait of an ancient boat frozen in time. Still not saying a word, Pete trudged over to the car and turned the key; the car roared to life. My God, Pete thought to himself.

“Let’s go home mom,” he said. His mom just sat there wide-eyed, biting her lip as Pete recounted his experience. Finally, she said, “You just kept repeating the 23rd Psalm​ over and over?” Thank God He had King David write that Psalm. Clearly, He knew we would need it today.

As they drove home, they decided not to tell anyone but family about their experience so they wouldn’t have to deal with the venom of the world’s lost and angry doubters.