WITHOUT FAMILY ALL HUMANS WILL PERISH 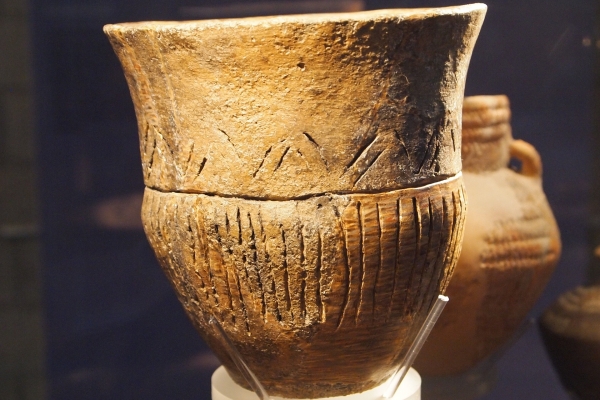 WITHOUT FAMILY ALL HUMANS WILL PERISH

I had a dream about a man in an ancient village, thousands of years ago, toiling over a very crude kiln. He had shut it down, let it cool, and was removing what looked like some kind of a large utilitarian pot and two small pots from deep down inside the kiln.

He sat the big pot on a shelf beside the kiln, turning and examining it on all sides. A woman and two children came up and joined in on the examination of the pot. Very quickly, they all got really excited; the children literally began to bounce pointing at four recessed hand-prints in the outer surface of the pot. The man put his hand inside the print that fit his hand and then encouraged the children and the woman to find the print that fit their hands. It was like they had received the most wonderful present possible. The intuitive message I got, even while still dreaming, was their great joy was seeing a part of themselves reflected in this big, beautiful, valuable object, and the permanency of it.

The next scene in the dream was of a group of present-day archeologists meticulously digging and brushing sand and dirt away from the same ancient pot with the same hand-prints on it, placing it on a crude table, and examining it with the zeal of children over a new toy.

The archeologists were amazed not only by the excellent condition of the pot but also because none of them could remember a pot of this great age reflecting such a clear message of love and appreciation for family. Later, they were reasonably sure that a word etched in the pot translated to family.

A few days later I was watching the news and heard some radical left-winger blathering about all the new changes that will follow the election of the Democrats and I heard, for the first time, the new proposal from the left of doing away with the traditional family, (the cornerstone of Western Civilization in the opinion of all respected authority in the field).…………. My dream vividly popped up in my mind and I remembered that family is just about as old as humans themselves according to anthropology and I thought to myself; nature has demonstrated for thousands of years that the family is the only lasting, viable unit that can hold any size group of people together, (one family or a nation). I exhaled shaking my head and remembered the fearful thought I have so often had; the thought of how depleted, demented, and undone the human psyche has become in the last fifty years, it’s like the genetics of the human brain is tattered, tired and unraveling or maybe it’s a latent effect of drugs…………. We, humans, are extremely delicate creatures and I could see how long-time drug use could wreck the brain our spiritual connection to God, however you understand God. We need to turn to God today and pray diligently in hopes He will have mercy on us all.