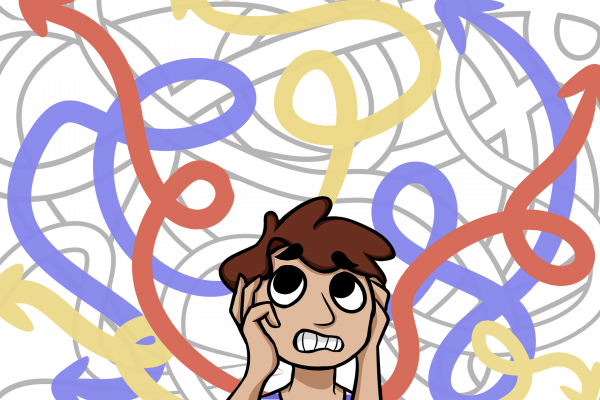 In the mid-eighteen hundreds, a Frenchman by the name of, Jean-Baptist Alphonse Kerr said, “The more things change the more they stay the same.” Throughout history many, I’m sure, have made this observation.

So, in light of this observation, I offer these points —- 3000 years ago King Solomon, who was purported to be the wisest person in our entire heritage, was faced in his court with two women claiming to be the mother of the same baby, seemingly an insoluble situation; however, being the man of very clear vision and wisdom he knew that a person, any person, certainly a mother, the mother of this child would react accordingly to any question or action regarding her child based on her deepest values and true love for the child, her child, and reveal the other woman as a fraud.

And, so, when the women saw the sword brought in to cut the baby in two the fraudulent woman agreed, if this is the only way to solve the disagreement then divide the child and give me my half. (she was a vile person who just didn’t want to be revealed as a horrid human being.) Of course, the true and quality person, the true mother, who loved the child with all her heart, immediately objected and said, absolutely not, give the baby to that woman. The King immediately gave this woman, the true woman the true mother her baby.

Today, without a King Solomon to serv up elegant justice, America seems to be lying helpless in some kind of a cosmic kangaroo court with two opposite political, power factions, like the two mothers before the King, claiming to be the true, loving, value-based parent to lead our nation into the future. (I shudder as I write this)

Diabolically, the guidance system born into America from its beginning, 240 years ago, the treasured system to enable the nation to choose the direction it wishes to go has been and is being short-circuited by one of the contending parents that swear it loves our nation but daily conspires with domestic terror forces and fraudulent political forces to disrupt and cripple the ground level and upper levels of law and order enforcement agencies necessary for any nation to function.

This devious, would be, parent has shown itself to be nothing but a lawless interloper trying to discredit or destroy, if possible, the parent that gave actual spiritual, biological, sociological, and political birth to our nation. They goad the hoards who want something for nothing to bellow and moan out of their laziness that they just don’t have time to go through the legal system for justice. They want to have instant success and gratification now, like everybody gets on the fantasy shows on television. The whole monstrously insane nightmare seems to be a perfect storm of greed, ignorance, and idealism.

(I can just see King Solomon considering this case in his court. I don’t think he would just find against the deviant, traitorous, would-be parent, I’m sure he would immediately order many heads to roll.)