CONFESSIONS OF A GUARDIAN ANGEL 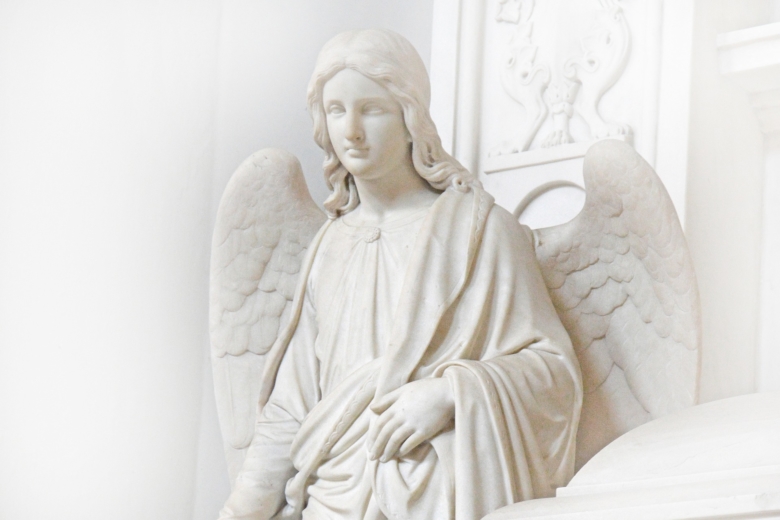 CONFESSIONS OF A GUARDIAN ANGEL

A large, imposing angel clapped three times and began to speak to a large gathering of other delightfully mild, pristine angels. “OK, angels, break time is over. Now I will share with you an account of a very interesting incarnation of a soul that found an ever-closer walk with God through overcoming his spiritual pride.’

“In his last few incarnations he had been experiencing a lot of success: he had been a woodsman in early America when it was fresh, wild, and free, he had been a clever, delightful, and respected little man of letters in early America, he had been a fundamentalist minister, strong and passionate in his faith, he had managed a large successful textile mill and in his last incarnation he was a rich businessman but spiritual pride and foolish arrogance had overtaken his faith and he became confused about the difference between the material and the spiritual world falling into the trap of measuring himself by human wisdom. His faith was weak, diluted, and confused from listening to so many attacks on whether God even existed; listened to fantastic claims that everyone is totally alone in a hostile universe. So, he was feeling very lost in mounting fear and ached with remorse.’

“God heard his prayer, his sorrow, and his contrition and gave me a plan to cleans him. It was a severe plan for a soul mired helplessly, hopelessly in spiritual pride that was destroying who he really was. The plan was for a soul who would be a spiritual warrior but had been brought low by pride; suddenly he was prostrate before God on his knees, beseeching God to redeem him from what he was sure was going to be annihilation.’

“His new incarnation began in very meager conditions where he lived humbly in his youth. His father, being a very damaged person from his own misfortunes and bitter experiences, focused his own anger, frustration, and spiritual pain on his own son every day, so his mother kept the peace and shielded him the best she could.’

“Excellent physical and mental strength was granted to him in this phase of God’s plan and he rose out of those humble beginnings to excellent success and what looked like a great future; however, the plan for this incarnation pulled all his earthly plans right out from under him and he landed right back deeper in more humbling conditions than ever. The old pride and ego had risen in him again but was cut down, according to the plan.’

“The humiliation of more failure and confusion was so painful he could hardly bear to face family, friends, or acquaintances, he struggled and searched for relief and finally found his hiding place in alcohol, all according to the plan.’

“For years, the plan lifted him up and brought him down as he moved from one hiding place to another avoiding the inevitable task of removing spiritual pride from his soul. Finally after many, many years of failing, tragedy, alcoholism, and self-destruction, all according to the plan, he found himself one morning pulling up to and clinging to the door jamb of his bedroom so close to death he could smell the fires of hell; fear and self-disgust blunted his awareness and he could not even stand up without support, all according to the plan.’

“After a year of no alcohol or drugs of any kind and dragging from one painful, shameful, agonizing day to the next he stumbled into an AA meeting, he, his pride, and ego surrendered that day, all in accord with the plan.’
“The fear of spiritual annihilation still haunted him for years, the fear was matted on his heart, brain, and soul and had to be picked off one AA meeting at the time and immersion in one spiritual program and experience at the time, in accordance with God’s plan.’

“The plan is still working and I’m with him every day as he continues to shed the blinders from his eyes, his heart and mind allowing the spiritual healing light of Christ in to lift his spirit up to a much closer walk with God than he ever dreamed of; all according to the plan.”