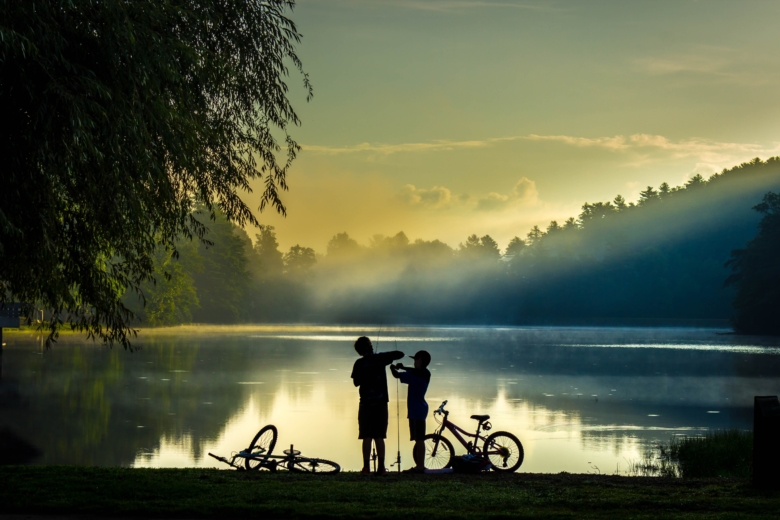 There are a lot of old memories buried in me and sometimes one of them will push forward and over a few days or weeks will repeatedly appear in full detail and color like a rich, classic, one-act play. My memory of Frankie is one such memory for me.

I was eleven and Frankie was about twelve or thirteen. Our mothers worked together at a gladiola farm in Clearwater, FL; grading, packing, and shipping gladiolas across the country and the world.

Frankie and I were not friends and never became friends. Looking back, I’m sure our mothers had the idea that Frankie and I getting to know each other was a good idea; that we would be good for each other and become friends.

In my mind, I can see Frankie’s mother watching me at times when I came to work with my mother, watching me as I ran around the huge packing shed and outlying service buildings that comprised the busy hub of the farm. I’m sure she was thinking that I might energize Frankie who was overweight, and introverted, and just wanted to stay in his room which was full of a big collection of games, models he’d built, and books and other stuff.

So, at my mother’s request and urging, I went over to visit Frankie one day. His mother had prepared Frankie for my visit and after some opening, cordial conversation that Frankie’s mother orchestrated he took me to his room to show off his prized possessions. I was very impressed and a little overwhelmed. Frankie was a very accomplished kid, kind of a brainiac. After a while, Frankie’s mother called us to the dining room for some great homemade cookies and milk; they were the best cookies I’d ever had.

Through the dining room window, I could see some great looking woods and a big canal that ran way on the other side of their property. I began asking about who owned all that land and woods and if it was ok to go exploring over there. Frankie seemed a little puzzled at what I was asking so to save him his mother suggested he take me over to see a neat place that she and Frankie had visited a couple of times.

I loved the canal and the neat old wooden bridge that creaked and shook as we crossed it. There was very little water in the canal; it actually was probably just an old drainage ditch but it had a bridge and to me, it was a canal that at any time might be filled with flowing water. I could see a raft or a boat and fish gliding through the water down the canal, off to who knows where.

As we skirted along the woods and went up into and explored some neat little coves and clearings, I kept pointing out stuff and asking questions. I could tell Frankie was doing his best to be a good host and sport but his enthusiasm was thin and unconvincing so I faked a little tiredness and suggested we go over and sit under some big, beautiful Australian pines that lined the sloping banks of the canal.

This turned out to be a great idea: The pines were so big and amazing; they seemed to move like very kind, welcoming beings rather than trees. They just glowed with health and majesty. The carpet of brown pine needles under the trees was soft and the late spring breeze played sweet, natural, melodic music overhead in the branches, nature’s soothing symphony. Frankie and I didn’t speak a word as we slowly and quietly melted into the gorgeous scene.

After a while, surprisingly, Frankie began to talk; he said he’d seen me at the gladiola farm when he and his dad came to pick up his mother from work and at other times too when he was sitting in the office he’d seen me through the windows. He said he’d wondered at how I was always running and bouncing from place to place. Frankie and I just started opening up to each other about one thing after another.

I can’t believe how many times I’ve had this scene come up in my mind of Frankie and me stretched out under those Australian pines, gabbing away, sharing who we were. I know our mothers would have been delighted to have witnessed this scene; however, I never told my mother how good my visit with Frankie had been and I doubt he had been able to share too much with his mother.

Frankie and I did not become friends, I guess because we were so different. Frankie seemed to prefer the world in his head where he could control things. I too had a world in my head but there was so much fear in that world I had to get out, get outside, get with people, get attention, get praised, get strong, get answers, get saved.

Frankie and his family had a much nicer home and more money than my family but I could clearly see that he didn’t have my fire and enthusiasm; he wasn’t nearly as rich as me. Maybe that’s the answer to why this memory keeps coming back to me over and over; one human always comparing himself to another, competing in everything; always trying to be more secure against those ever-present fears ………. Maybe that day is where I made a big decision for my life and I revisit it, rechecking my conclusion from time to time.